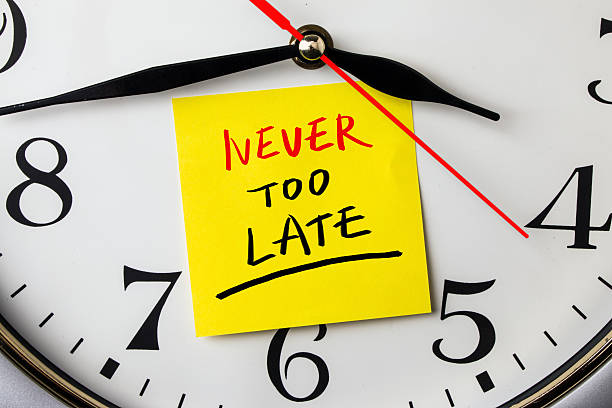 Anna Mary Robinson, also known as Grandma Moses, started painting at age 75. At age 100, she was featured on the cover of Life Magazine and painted until her death at 101.

Vincent van Gogh, one of the world’s most famous artists struggled as a Protestant missionary in Belgium before deciding to try art school in his late 20s.

At age 30, Harrison Ford was a carpenter before gaining fame for his starring role as Han Solo in the original Star Wars space trilogy and as the title character in the Indiana Jones movies.

At age 30, Clint Eastwood was working the night shift at a gas station in Los Angeles when he finally landed an acting part in the western series Rawhide.

Twenty companies turned down 38-year-old Chester Carlson before he finally convinced Xerox that his crazy copier invention had the potential to revolutionize business offices.

Satchel Paige did not make his Major League Baseball debut with the Cleveland Indians until age 42. He was the oldest player ever to do so. He went on the make the Baseball Hall of Fame.

Calvin Peete, who went on to win 12 major PGA tournaments, did not qualify for the Professional Golfers Association tour until age 32.

American Chef Julia Child, recognized for bringing French cooking to America, did not publish her first cookbook until age 39 and did not land a cooking show until age 51.

At age 49, Bernie Marcus was fired from his executive job at Handy Dan. Despite his wife’s strong objections, he took a leap of faith and started America’s largest home improvement store, Home Depot.

At age 52, Ray Kroc quit selling milkshake mixers and talked the McDonald brothers into selling him their hamburger restaurant. A dozen years later, Kroc had franchised 700 McDonald’s restaurants in 44 states.

At age 65, Harlan Sanders refused to let his friends talk him into retirement. With his Social Security check, he started Kentucky Fried Chicken.

Ronald Regan (69), Donald Trump (70) and Joe Biden (78) were all elected U.S. President at an age when most Americans are retired.

Pete Hamill, who edited both the New York Post and New York Daily News and authored 16 books, finally got his high school diploma at age 75.

After serving 27 years in a South African prison for opposing the country’s discrimination practices, 76-year-old Nelson Mandela was elected President of South Africa.

In 2011, the Guinness Book of World Records declared 74-year-old Ernestine Shepherd the world’s oldest competitive bodybuilder. Today, at age 85, she wakes up every morning at 3 a.m. for a 10-mile run, then heads to Union Memorial Methodist Church in Baltimore to teach aerobics classes.

In 2022, after a long wait that included a dozen trips to the postseason, Dusty Baker’s Houston Astros beat the Philadelphia Phillies to win the World Series. Baseball’s 73-year-old elder statesman is not only the oldest manager to win a World Series, but also older than any head coach who has won a Super Bowl, NBA Championship or NHL Stanley Cup.

Nola Ochs never finished her teaching degree. At age 94, she returned to Ft. Hays State University 75 years after dropping out. A year later, she made the Guinness Book of World Records by becoming the oldest college graduate. At 98, she earned a master’s degree.

Rarely is it a lack of ability, time, education or money that keeps us from achieving our dreams. We usually give up too soon. Others may stop us temporarily, but we are the only ones who can do it permanently. What have you always wanted to do but thought you were too old? We are never too old to set another goal or dream a new dream.