by peteblack4ua@gmail.com | Sep 10, 2018 | Adversity, Refusing to Quit, Rising Above Circumstances 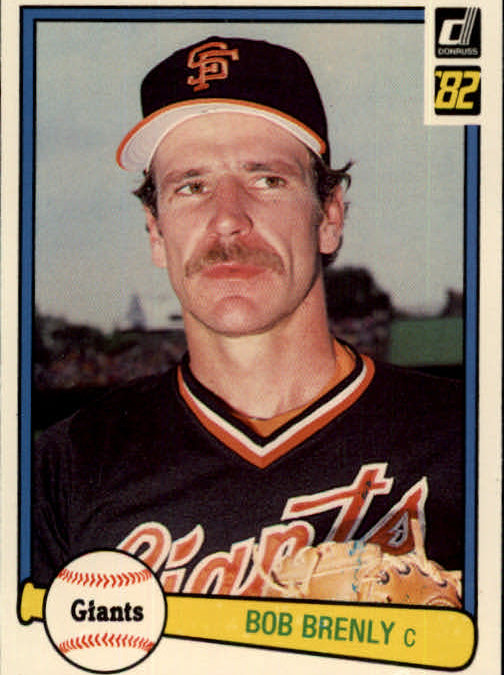 More than 30 years later, Bob Brenly still gets letters from pastors. They want him to know that they used what happened to him in September 1986 as a teaching moment in a sermon. Mike Krukow, a San Francisco Giants pitcher, would agree. After that bizarre major league baseball game, he told Brenly, “It’s wasn’t a game, it was a sermon.”

September 14, 1986 – Candlestick Park, San Francisco, California: The San Francisco Giants were hosting the Atlanta Braves on a chilly fall afternoon. Bob Brenly, the Giants catcher, started the game at third base because of an injury to Chris Brown, the regular third baseman.

In the fourth inning, Brenly booted a routine two-hop ground ball off the bat of Braves cleanup hitter Bob Horner. First error. Two batters later, with the bases loaded, Brenly bobbled another easy grounder, then picked the ball up and threw to home plate. The ball sailed 15 feet over the catcher’s head – two errors on one play.

After the third error in the inning, Giants pitcher Mike Lacoss, a fierce competitor, walked over toward Brenly. “You might as well decide you’re going to catch one sooner or later,” he said sarcastically, “Because there is another one coming your way.” Three batters later, Brenly booted an easy ground ball for his fourth error. He threw his hands in the air as if in surrender.

Unbeknownst to Brenly, he had set a major league baseball record, four errors in one inning –  record that none ever care to break. When the inning was finally over, an embarrassed and humiliated Brenly asked Giants Manager Roger Craig to take him out of the game. Craig growled, “It ain’t over ‘til it’s over. Stay in the game.”

With the Braves leading 4-0 after the four-error debacle, Brenly partially redeemed himself by hitting a leadoff home run in the fifth inning to make the score 4 to 1. In the top of the seventh inning, when Roger Craig came to the mound to replace Lacoss, he ranted at Craig, “You’re taking me out of the (bleeping) game,” then pointing at Brenly, he shouted, “Take him out of the (bleeping) game. It’s not my fault.”

In the bottom of the seventh inning with the Giants down 6 to 2, Brenly came to the plate with the bases loaded. He singled to left field driving in two runs. The Giants trailed 6 to 4. Then with two outs in the ninth inning and the score tied 6-6, Brenly came to the plate again. On a full count, he hit a walk-off game-winning home run. Giants 7, Braves 6. Bob Brenly had balanced the ledger. His four errors allowed four unearned runs, and his two home runs and a single drove in four runs.

In 1987, Brenly made the National League All-star team as a catcher and helped lead the Giants to a division title. He retired from baseball two seasons later. He managed the Arizona Diamondbacks for four years and in 2001 took them to their only World Series championship.

Bob Brenly has spent most of the past 15 years as a baseball broadcaster, first with the Chicago Cubs and today with the Arizona Diamondbacks. Each year on the anniversary of his four-error game, his broadcast buddies play a clip of his dubious distinction. According to Brenly, “The story has lived on, whether I want it to or not. He jokes, “I should have gotten Come Back Player of the Year for that game.”

“If you have made mistakes, even serious ones, there is always another chance. What we call failure is not falling down, but staying down.”                Mary Pickford