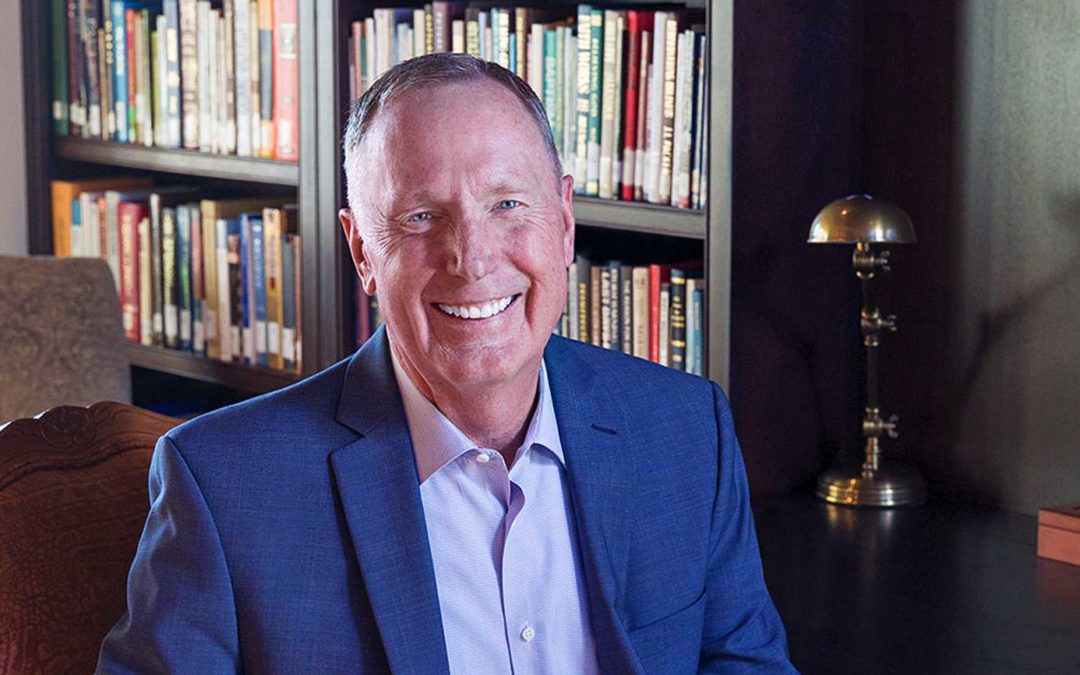 1984 – Rio de Janeiro, Brazil: Night after night Max sat at his desk working on his book. While he wrote, his wife, Denalyn, sat on the sofa doing cross-stitch. Writing a book had been a dream for Max. As a young pastor in Miami for two years, he had gotten plenty of experience writing weekly church newsletters. People seemed to like his writing style and several friends encouraged him to write a book.

By now the initial excitement of the project had worn off. Putting something down on paper to inspire others was hard work. The aspiring 30-year-old writer was discouraged and in need of hope. He planned to title his book On The Anvil: Being Shaped Into God’s Image and that title reflected how he was feeling – strapped to the anvil and being pounded.

One person had recently suggested that Max give up. A colleague he admired told him, “Getting published is impossible.” Another friend warned, “There are hundreds of books being written each day.” For the umpteenth time, he thought about quitting.

It was difficult for Max not to listen to the negative advice. And when he listened, he stopped writing for a period of time and turned his attention to other projects. Maybe they were right; the chances of getting a book published were slim. But he loved to write and after a while, like a moth to a flame, his pen and paper would eventually draw him back.

During Max’s down moments, Denalyn had a way of encouraging him, a way of giving him the hope that he needed to carry on with the project. When he finally finished the manuscript, Denalyn gave him the push he needed, “Send it out. What’s the harm?”

So Max mailed the manuscript to fifteen publishers. While he waited on the responses, he continued to write and Denalyn continued her cross-stitch project. Neither of them was expecting much, hoping for some positive feedback at best. The responses began to arrive in the mail. One read, “I am sorry, but we do not accept unsolicited manuscripts.” Another stated, “We must return your work. Best of luck.” Still another, “Our catalog doesn’t have room for unpublished authors.” Max still has all those rejection letters in a file.

When the fifteenth letter arrived, the publisher said yes. About the time that letter arrived, Denalyn presented Max with her completed cross-stitch, which she had framed for him. It read, “Of all those arts in which the wise excel, nature’s chief masterpiece is writing well.”

That cherished gift can be found above the desk in Max Lucado’s office today. It is a reminder to him of the encouragement Denalyn provided all those years ago when he didn’t think he could do it. During those tough times when Max thought about quitting, Denalyn words of encouragement gave him the hope to hang on.

It has been thirty-four years since Max and Denalyn were missionaries in Brazil and Max published On The Anvil. 1n 1988, they moved to San Antonio, Texas, where Max became Pastor of Oak Hills Church. Today he continues to serve in that position and pursue his passion for writing books. He has published almost 100 books that have sold over 82 million copies. His books have frequently been at the top of every national bestseller list, including the New York Times.

Max has been dubbed “America’s Pastor” by Reader’s Digest and named one of the most influential leaders in social media by The New York Times. Max and Denalyn have three daughters, two in the ministry and one who is in publishing.