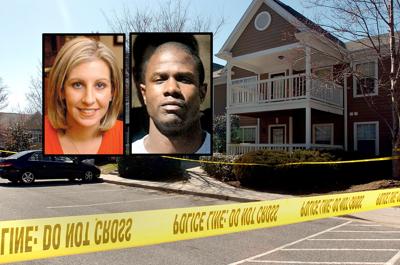 March 12, 2005, 2 a.m. – Bridge Water Apartments, Duluth, Georgia: Ashley Smith made a quick trip to the 7-Eleven store to get a pack of cigarettes. When she pulled back into the apartment parking lot, she noticed the man sitting in the pickup. He made her uneasy. As she approached her apartment door, he grabbed her, waved a gun in her face, and forced her inside. Could he be the killer her stepfather had called to warn her about hours earlier, the one who murdered four people that day in a shooting spree in Atlanta?

On March 11, 2005 at 9 a.m., Brian Nichols was scheduled to stand trial for rape at the Fulton County Courthouse. On the way to the courtroom, the 33-year-old overpowered a deputy and took her pistol. He killed Superior Court Judge Rowland Barnes and court reporter Julie Ann Brandau in the courtroom, then shot and killed Fulton County deputy Hoyt Teasley outside. Later in the day, Nichols killed federal agent David Wilhelm in Buckhead and took his truck and gun. A massive manhunt was underway.

Ashley Smith was no angel. Tired of her drug use, her parents threw her out of the house after high school graduation. Since then the 26-year-old had been in jail multiple times for DUI, possession of drugs and shoplifting. Four years earlier, her husband Mack had died in her arms after being stabbed outside a bar. Smith’s five-year-old daughter, Paige, was now living with her aunt after Smith lost custody due to her drug abuse.

Nichols forced Smith into the bathtub and tied her up with masking tape and an extension cord. “I don’t want to hurt you,” Nichols told her, “But if the police come, I’m gonna hold you hostage, then kill you, kill them and probably myself.” Smith tried to be calm, but the tears came. “Please don’t kill me,” she begged, “My daughter Paige already lost her daddy – she can’t lose her mama, too.”

After an hour, Nichols untied Smith. She calmed down, and a supernatural peace came over her. She had been going to church, trying to get her life straightened out, trying to quit the drugs so she could get Paige back. She asked Nichols, “How did you pick this apartment? Maybe God brought you here for a reason? Do you believe in miracles?” Nichols said that he did. She told Nichols her story.

Smith told Nichols that she was scheduled to see Paige the next morning at 10 a.m. in Atlanta – it had been two weeks. It was important to her. At 4 a.m. Smith remembered she had not done her daily devotional. She had not missed a day since February 7th. Smith was reading Rick Warren’s Purpose Driven Life.

Smith asked Nichols if she could read the devotional. He said “OK” and sat down on the bed beside her while she got Warren’s book and her Bible. She was on Day 32, entitled Using What God Gave You. Nichols asked her to read it to him.  He asked, “What do you think I should do?” Smith was bold, “You killed some people – you should ask God to forgive you, and He will. He forgave me of all the bad things I have done. But you will have to pay for what you did. And you should turn yourself in.” Nichols looked at the ceiling and asked for forgiveness.

At 9:30 a.m. Nichols released Smith to go see Paige. He gave her back her cell phone and $40 and told her to tell Paige hello for him. Smith drove around the corner and called 911. Nichols watched on CNN as an FBI swat team surrounded the apartment. Nichols was waiting – he waived his white t-shirt and surrendered.

Today, Brian Nichols is in the Georgia State Prison in Butts County serving consecutive life terms with no chance of parole. Ashley Smith has remarried, has three children, and works as an x-ray technician. She is drug-free and stays in touch with Nichol’s family. Neither will ever forget the night their paths crossed and the power of forgiveness in their lives.