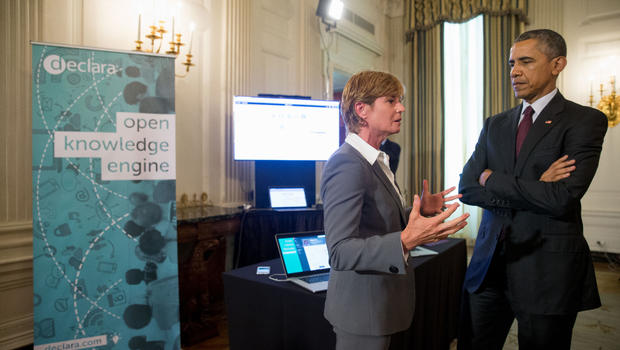 Ramona Pierson’s father died of a heart attack when she was 12 years old and afterwards she was mostly on her own, essentially abandoned by her alcoholic mother. At age 16, with the assistance of a school guidance counselor and the aid of a full Marine Corps scholarship, the young math prodigy enrolled at the University of California at Berkeley. Two years later, Pierson joined the Marine Corps and following basic training was assigned to the base at El Toro, California, designing computer algorithms for fighter squadrons.

In April 1984, while on a run after work with her dog, 22-year-old Pierson and her dog were hit by a drunk driver who sped through a red light as they were jogging across the intersection. The dog was killed instantly and Pierson was caught in the vehicle wheel well and gravely injured. When the paramedics arrived at the scene, they assumed the young woman would be dead upon arrival at the hospital. The car bumper had ripped open her throat and chest, exposing her aorta and she was quickly bleeding to death.

Pierson made it to the hospital and a team of doctors saved her life despite massive injuries to her face, head, chest, and legs. After months in a coma, the hospital gave up on Pierson regaining consciousness and shuffled her off to a V.A. hospital. After a transfer to a second V.A. hospital, Pierson ended up at the National Jewish Medical Center Nursing Home in Denver, Colorado, still comatose.

Refusing to give up on Pierson and her seemingly hopeless situation, the patients and staff at National Jewish adopted her as their personal rehab project. Eighteen months after the accident, Pierson awakened from her coma. She weighed 64 pounds, was blind, and unable to speak. It took three years for her to relearn basic skills like walking and talking.

In 1988, after leaving the nursing home, Pierson got a seeing-eye dog, and enrolled at Colorado Northwestern Community College, hoping she was up to going back to school. She was. She earned a bachelor’s degree in psychology from Fort Lewis College in Colorado, and then went on to earn her master’s degree in education from the University of San Francisco. In 1995, after 11 years of using a cane and guide dog, Pierson underwent a corneal transplant and regained the sight in her left eye. Over the years, she had more than 50 surgeries to her face, chest, and legs.

In 1998, Pierson received a PhD in Neuroscience and Psychology from Stanford University. Afterwards she went to work for Stanford, researching effects of brain trauma injuries in soldiers returning from the Middle East. In 2007, she started SynapticMash, an education software company, which she sold for $10 million three years later to British Company, Promethean World.

In 2012 Pierson started, Declara Incorporated, another educational software company. Declara provides an intelligent social learning platform that connects people to information and has contracts with governments, educational institutions, and private companies all over the world. The company has a contract with Australia to enhance the teaching capability of its 280,000 teachers by providing analytics on how students learn in order to help them learn more effectively.

In 2015, President Obama honored Pierson in a White House ceremony for high tech entrepreneurs. Praising her incredible accomplishments the President commented, “A lot of people would have been broken by Ramona’s experience. When she was at the nursing home nobody could have imagined that she would one day be a significant tech entrepreneur who was honored at the White House.” He concluded, “You never know who is going to have the next big idea or what path will lead them there.”

Today, 54-year-old Ramona Pierson is CEO of Declara and lives in Palo Alto, California. She enjoys rock climbing and is a masters world-class competitor in cycling. She is a great example of the human spirit’s ability to triumph over adversity and her life is a testimony to those at National Jewish who refused to give up on her when there seemed to be no hope.