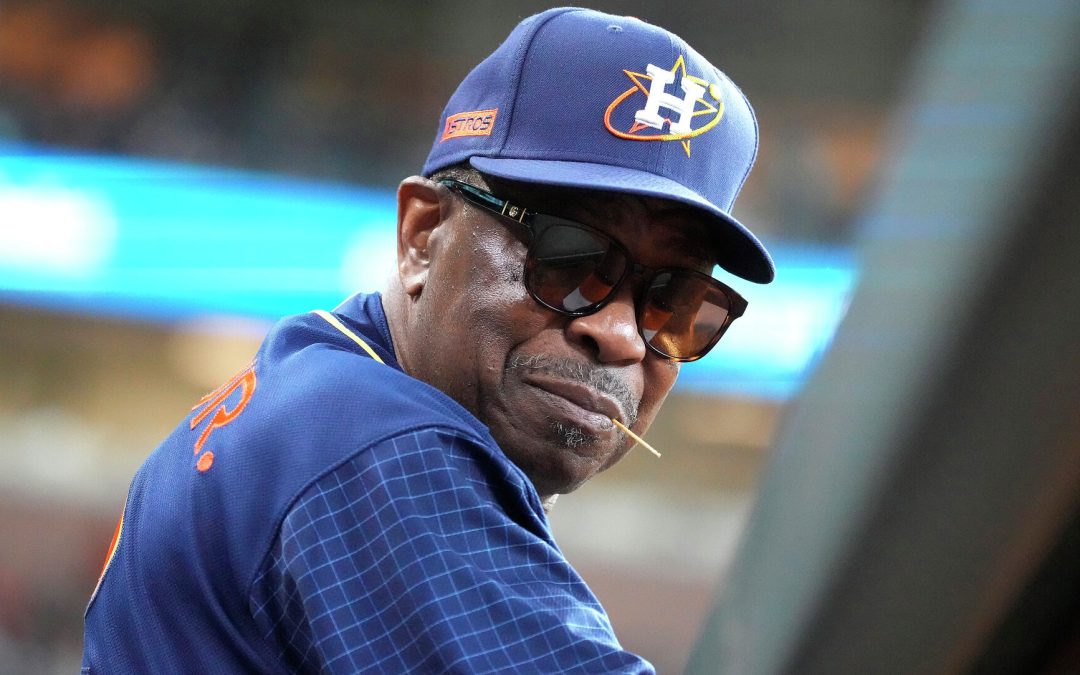 Baker woke early that morning thinking about his nemesis, World Series Game 6. He remembered his father’s words from two decades earlier, “Son, after the way you lost that game tonight, you’re probably never going to win a World Series.” He was referring to Baker’s unfortunate decision in Game 6 of the 2002 World Series. In that game Baker had pulled his starting pitcher with his team ahead 5-0, only to have his San Francisco Giants suffer a crushing 6-5 loss and lose the 2002 World Series to the California Angels. His father’s words still stung, and they still motivated him.

Johnnie B. “Dusty” Baker, Jr. earned his nickname from his mother because of his penchant for playing in a backyard dirt hole as a kid. A gifted athlete, in 1967 at age 18 he signed a baseball contract with the Atlanta Braves. Baker played 19 seasons as an outfielder with the Braves and Dodgers. He was on deck when Henry Aaron broke Babe Ruth’s career home run record.

After his retirement as a player, Baker became the hitting coach for the San Francisco Giants in 1991. Two years later, they promoted him to manager. In 2002, a week after the crushing World Series loss to the Angels, the Giants fired Baker after 10 seasons, 840 wins and three playoff appearances.

A week after the firing, the Chicago Cubs offered Baker a managerial job. He lasted four years with some success before being let go. A year later, the Cincinnati Reds came calling for his services. Baker managed the Reds for six seasons before being fired despite the Red’s first playoff trip in 15 years.

Baker was out of baseball for two years before managing the Washington Nationals. They fired him after two seasons in October 2017. At 68, Baker figured he was too old to manage again. He had the reputation of being a crazy old manager who couldn’t win the big one. But he couldn’t quit the game he loved. He wound up in a special advisor role with the Giants.

Then in 2020, the Houston Astros called. Dusty Baker might have one final shot at a World Series ring. In his second season his team lost the World Series to the Atlanta Braves. In Game 6.  Again.

On Saturday night, November 5, 2022, after a long, long wait that included a dozen trips to the postseason, Dusty Baker’s Astros beat the Philadelphia Phillies 4-1 in Game 6. Baseball’s 73-year-old elder statesman finally got his World Series ring and the monkey off his back. He is not only the oldest manager to win a World Series, but also older than any head coach who has ever won a Super Bowl, NBA Championship or National Hockey League Stanley Cup.

Through 25 seasons as a manager, tours with five different teams and more than 4,000 games in the dugout in regular and post season games, Dusty Baker never lost his motivation to win a World Series. Driven by his father’s words and a refusal to quit, his perseverance finally paid off.