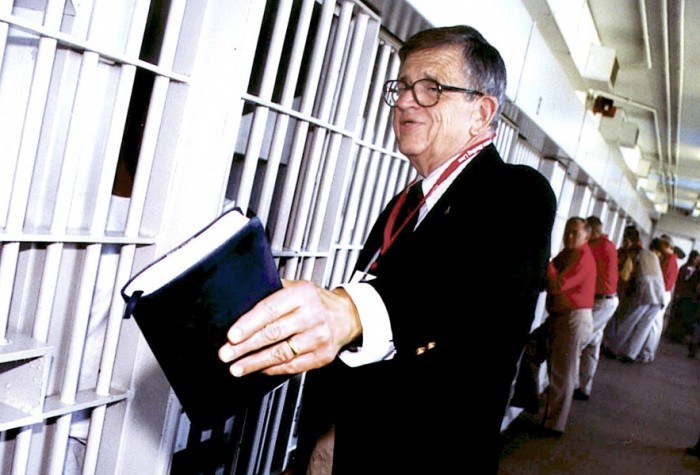 July 9, 1974 – Maxwell Air Force Base, Montgomery, Alabama: He arrived at the federal minimum security prison at Maxwell to begin serving his three-year sentence. It was a somber day, full of remorse and remembering. At 38-years-old he had been on top of the world – special legal counsel to Richard Nixon, the 37th President of the United States and the most powerful man in the world. Now at age 43, he felt his life was over.

He had taken great pride in being called “Nixon’s hatchet man” or “the President’s evil genius,” but now the newspapers vilified him as a national disgrace. He had been a hard-drinking, heavy smoking, ruthless attorney who joked he would step over his grandmother to help Richard Nixon. But on that summer afternoon Charles Colson reflected on his shattered life.

Colson was born in October 1931, in Boston, Massachusetts. His dad was a struggling attorney, primarily because he donated much of his legal services to the United Prison Association of New England. Colson earned his Bachelor of Arts degree from Brown University and his law degree from George Washington University. In 1961, he opened a law practice in Boston which later expanded to Washington D.C.

In 1968, Colson served as counsel on Richard Nixon’s presidential campaign and on November 6, 1969, he was appointed Special Counsel to the President. During the Nixon administration, Colson was accused of masterminding the Watergate Scandal – the bungled burglary and wiretapping scheme at the Democratic National Committee headquarters at the Watergate Office complex in Washington, D.C.

With Colson’s world turned upside down he turned to his Christian friend, Tom Philips, for guidance and support. When Philips took a few minutes to read him a chapter from C.S. Lewis’ book Mere Christianity entitled “The Great Sin,” Colson knew Lewis was talking about him. Sitting in his car after leaving Philip’s house, he was overcome by the enormity of his sin. He repented of his ways and reported to prison with a changed heart. Colson’s “born again experience” became a national joke with the media insinuating that he got religion in hopes of a shorter prison sentence.

Seven weeks after Colson began his prison sentence, Richard Nixon resigned his presidency. White House tapes had confirmed that he used the CIA to obstruct the federal investigation of the Watergate break-in.

Colson was unexpectedly paroled in January 1975 after serving only seven months at Maxwell. Before leaving the prison, he promised his fellow prisoners that he would never forget them. True to his word, the following year Colson founded Prison Fellowship Ministry with a mission to bring the gospel to those incarcerated and their families. That same year, Colson’s book, Born Again, a brutally honest story of his fall from power became a national bestseller.

Today, Prison Fellowship is the world’s largest prison ministry with a presence in almost 1,400 prisons in 120 countries. Charles Colson wrote more than 20 books, which sold five million copies with all the proceeds going to support the prison ministry. In 1993, he won the Templeton Prize for Progress in Religion and donated the one million dollar cash award to the ministry.

Charles Colson faithfully served Prison Fellowship for 36 years until his death in April 2012 at age 80. He personally shared his story and faith in more than 600 prisons in 40 countries. In 1974, his promising legal career went down in flames, but in a prison in Montgomery, Alabama, he found his calling.

“One of the greatest things that happened in my life was going to prison. I found myself increasingly drawn to the idea that God had put me in prison for a purpose and that I should do something for those I had left behind.”                Charles Colson