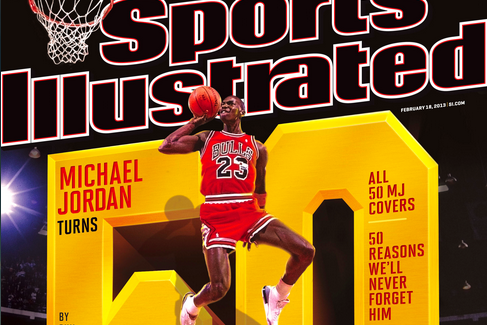 November 1978 – Wilmington, North Carolina: The basketball player universally acknowledged as the greatest of all time (GOAT) almost quit the game as a skinny 15-year-old. He thought about it; he talked to his father about it, but he didn’t. He stuck it out. He had something to prove. This is his story.

Michael came in from school, went directly to his bedroom and slammed the door. He buried his face in the pillow. He had not made the 15-man roster on the Laney High School varsity basketball team. And to make matters worse, his best friend, 6’5” sophomore Leroy Smith did.

Michael decided to quit basketball and focus on baseball. He was a more accomplished baseball player and besides, it was the sport his father loved. When James Jordan got home and heard the story, he advised his son to give the decision a few days.

Michael Jordan was born in Brooklyn, New York in 1963, but grew up in Wilmington. An excellent athlete, he played baseball, basketball and football in high school. As a pitcher, he would later throw 45 consecutive shutout innings for Laney High.

In the fall of 1978, Laney basketball coach Clifton Herring’s varsity basketball team returned 11 seniors and three juniors, including eight guards. What he needed was height, and at 5’10” 160 pounds, Michael Jordan wasn’t what he needed. But Herring also saw potential and wanted his promising sophomore to get more seasoning on the junior varsity.

Michael followed his father’s advice and didn’t quit the basketball team. He starred on the junior varsity team, twice scoring more than 40 points. Two years, and seven inches later, the 6’ 5” senior averaged 27 points per game, leading the Laney High Bucs varsity team to a 19-4 record and the state playoffs. Recognized as one of the best players in the country, Michael was chosen to play in the McDonald’s High School All American game and led all scorers with 30 points.

College basketball scholarship letters filled the mailbox. Michael chose the University of North Carolina, two hours from home. As a freshman in 1982, he led the Tar Heels to the National Championship, sinking the game-winning shot at the buzzer to beat Georgetown University. Michael was an All American his sophomore and junior years, earning college basketball player of the year honors as a junior.

In 1984, the Chicago Bulls made Michael Jordan the number three overall pick in the NBA draft. During a 15-year career, he led the Bulls to six NBA championships – each time being selected as the most valuable player (MVP).

Michael retired with the NBA’s highest career scoring average of 30 points per game. In 2009, he was voted into the NBA Hall of Fame. ESPN named him the greatest athlete of the 20th Century. Michael Jordan has been featured on the cover of Sports Illustrated over 50 times – more than anyone in history.

“When I got cut from the varsity basketball team as a sophomore in high school, I learned something,” he remembers. “I knew that I never wanted to feel that bad again. I never wanted that taste in my mouth, that hole in my stomach. I didn’t quit. I set a goal of becoming a starter on the varsity as a junior. I had something to prove.” And prove it, he did.