by peteblack4ua@gmail.com | Feb 10, 2022 | Against the Odds, Chasing Your Dream, Determination Despite the Odds, Limitless Possibilities | 2 comments 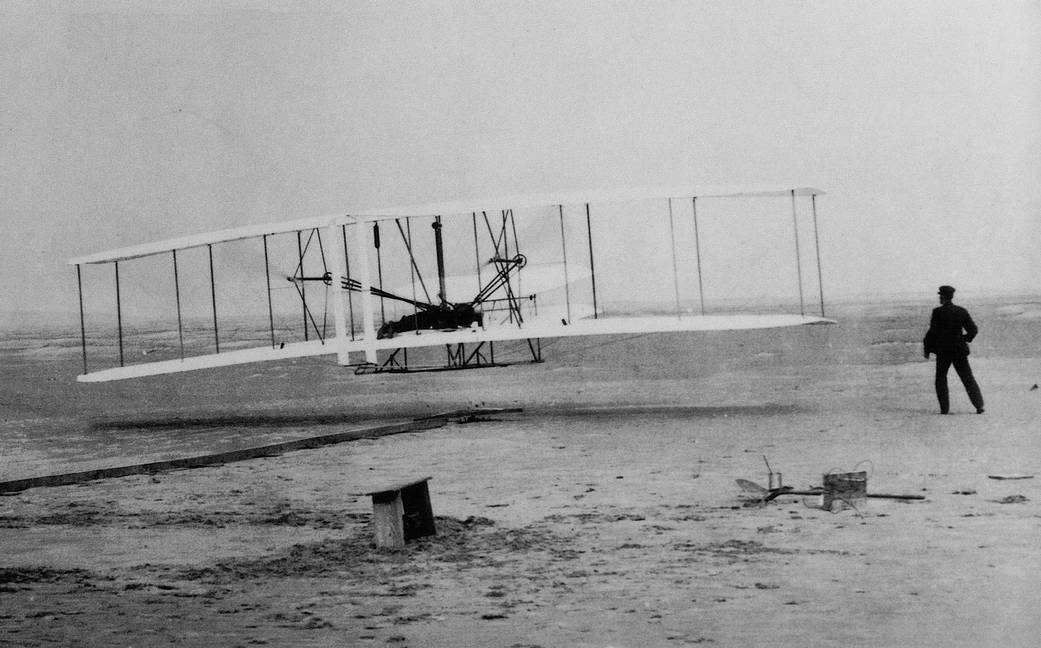 The college president responded, “Why, for example, I believe that one day we will be able to fly through the air like birds.” The bishop scolded him, “That is heresy, absolute heresy! The Bible says that flight is reserved for the angels. We will have no such talk at this conference.” At the end of the conference, Bishop Milton Wright returned home to his wife and two young sons in Dayton, Ohio.

Wilbur Wright was born in 1867, the second son of Milton and Susan Wright. Four years later, his brother Orville was born. When they were ages seven and 11, Bishop Wright bought the boys a fluttering helicopter-like toy made of cork with a rubber band-driven propeller. They played with the toy, and later when it broke, they built one. The toy sparked in Wilbur and Orville a lifelong fascination in flying.

Both boys attended high school, but neither graduated. In 1889, the brothers designed and built a small printing press and began publishing a daily newspaper. In 1892, capitalizing on the national bicycle craze, they opened a small bicycle repair shop in Dayton. Four years later, the brothers began building their own bicycle, which they called the Wright Flyer.

In 1896, Chicago aviation pioneer, Octave Chanute, successfully tested gliders on the shores of Lake Michigan. His success convinced the brothers that flight was possible. They read every article they could find about aviation. They also contacted the National Weather Service, which recommended Kitty Hawk, North Carolina, due to its prevailing winds and open beaches, as an ideal location for testing gliders.

In 1900, using proceeds from their bicycle shop, Wilbur and Orville traveled by train to Kitty Hawk. They began by flying large double-winged kites and then progressed to unmanned gliders. In the summer of 1901, they built gliders with larger wingspans and made dozens of manned glider flights traveling distances up to 400 feet.

This success whetted their appetite to build a powered flying machine. In 1903, the brothers built the Wright Flyer I out of spruce wood, with woven fabric for the wings, and a specially designed engine with a wooden propeller they copied from a boat motor.

Despite repeated failures, and the fact that what they were trying to do was considered impossible, the two bicycle mechanics kept trying. They were so confident of their success they had hired a photographer. On the morning of December 17, 1903, he took a picture when their “heavier-than-air flying machine” lifted off the rails for the first time. Orville flew 120 feet, in 12 seconds. Later that day, Wilbur flew for 59 seconds.

On that same day, they sent a telegram to their father and sister, Katherine, in Dayton. It read, “Success. Four flights today. First flight 12 seconds. Longest 59 seconds. Home for Christmas.” Katherine placed a message in the Dayton newspaper. Although her brothers had just revolutionized travel on planet earth, the local headlines read, “Popular local bicycle mechanics will be home for the holidays.”

The brothers continued to improve their flying machines, and on May 25, 1910, their 81-year-old father accompanied them to an airfield eight miles outside of Dayton. The brothers wanted to demonstrate their latest design, an airplane with wheels – no longer would they rely on a wooden rail to launch their planes.

Over the years, Milton Wright had reconsidered his position on flying and become his sons’ biggest fan. Late in the afternoon, Orville took Milton for his first flight. For seven minutes, they flew at an altitude of 350 feet. Concerned about his father’s reaction, Orville was thrilled when Milton leaned close to his ear and shouted over the engine noise, “Higher, Orville, higher!”