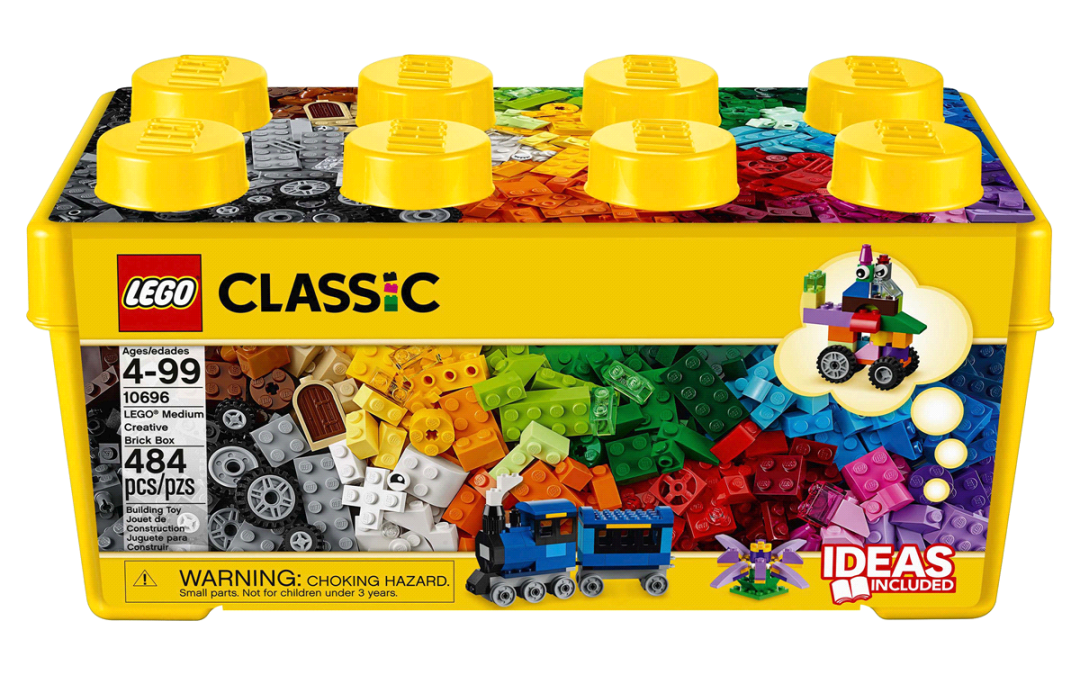 1924 – Billund, Denmark: A quiet Sunday afternoon after church, a small pile of wood shavings in the glue kettle of their father’s woodworking shop and two mischievous little boys with a box of matches. Godtfred and Karl ran crying to the house as the flames spread quickly, first consuming the shop and then spreading to the adjoining house where their parents, Ole Kirk and Kirstine Christiansen, napped. No one was injured, but both buildings burned to the ground. Poor, God-fearing people, the Christiansens were devastated. The family’s livelihood depended on the workshop.

Ole Kirk (pronounced Olay Kirk) got his love of woodworking as a small boy while tending his father’s livestock. To pass the time during the long days, he carved small toys. He had a gift. He worked for 15 years as a carpenter’s apprentice, then four years before the fire, the 32-year-old woodworker used his meager savings to start his own business.

The fire might have caused lesser men to quit their dream and work for someone else, but Ole Kirk wasn’t made that way. A Sunday school teacher, he was known for his faith, optimism and determination. The family moved in with Ole Kirk’s brother while Ole Kirk rebuilt the house and a more spacious woodworking shop. He built windows, doors, stepladders, ironing boards, and his favorite, children’s toys.

In 1929 when the American stock market crashed, Ole Kirk’s business felt the impact 4,000 miles away. By 1931 his business was on the brink of bankruptcy, and he had laid off the last of his seven employees. Ole Kirk’s siblings agreed to bail him out, under one condition – that he stop making toys. Ole Kirk refused; it was what he loved to do. They loaned him the money anyway. Despite his family’s skepticism, he remained steadfast in his commitment to toy building. Then in early 1932, to make matters worse, Kirstine died leaving him four small boys to raise.

With little demand for stepladders and ironing boards, Ole Kirk and Godtfred, now age 15, built children’s toys. “As we had no other work,” Ole Kirk later wrote, “we looked on it as a gift from God.” He was a good ironing board builder but a gifted toy maker. They made miniature cars, trucks and airplanes from the finest beech. Ole Kirk named his company leg godt (‘play well’ in English) that he shortened to Lego and the company became the Lego Toy Company. Lego toys developed a national fanbase in Denmark.

During World War II, while the Germans occupied Denmark, Ole Kirk’s factory burned to the ground. In an hour his life work was destroyed. He remarked about the tragedy, “I struggled to grasp the shocking situation, but I paused for a moment and knelt before God. It was my thanks to him who knows all things, and it gave me peace and quiet in my mind.”

The insurance did not cover the loss of the factory and at age 51 Ole Kirk wrestled with whether to rebuild or not. But because his sons and 15 employees depended on him, he took out a bank loan and resurrected the toy factory from the ashes.

In 1946 Ole Kirk bought Denmark’s first plastic-injection molding machine and began experimenting with plastic toys. They were sturdier, lighter and cheaper to ship than wood. Three years later, Lego introduced self-locking plastic bricks to the market. Of the two hundred wooden and plastic toys that Lego made, Lego bricks became the most popular.

Today, Denmark’s most famous export product is tiny plastic bricks. The 90-year-old Lego Company, one of the five largest toy manufacturers in the world, produces more than 100 billion colorful plastic bricks each year. Thousands of people visit Billund annually to tour the Lego factory and the Lego Land amusement park. It all began with a little boy who loved to carve wooden toys and refused to allow his dreams to go up in smoke.