by peteblack4ua@gmail.com | Jun 14, 2021 | Determination Despite the Odds, Long Shots, Refusing to Quit, Uncategorized 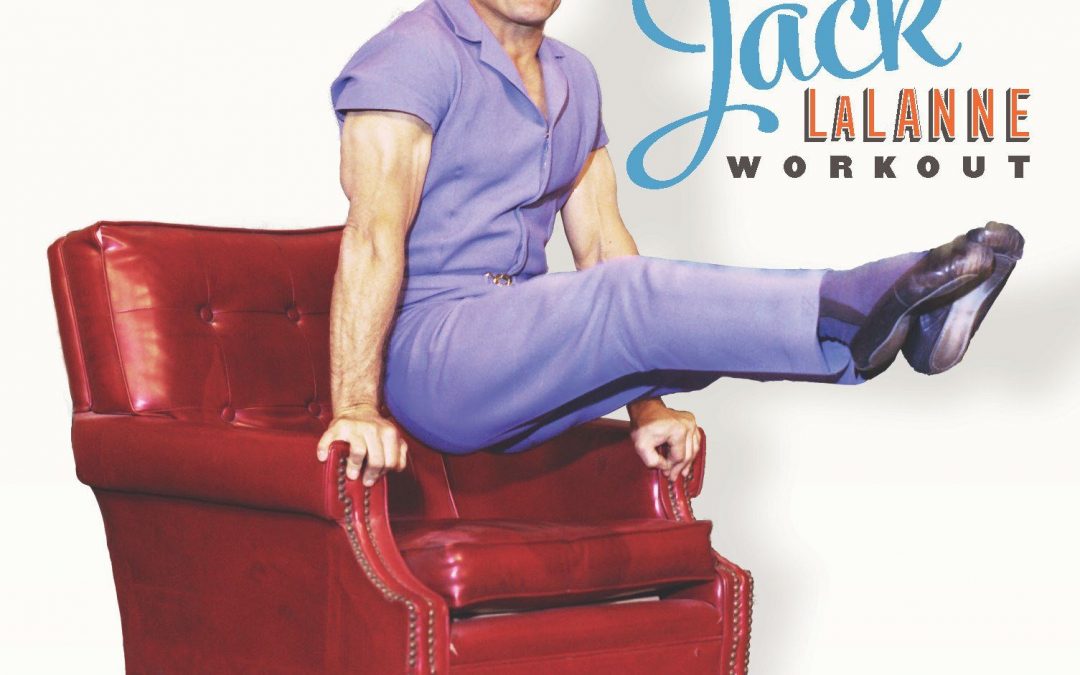 San Francisco, California – 1951: A doctor labeled him a “quack” and advised against his weightlifting methods believing they were dangerous and could cause a heart attack. A newspaper journalist referred to him as a “charlatan” whose exercise routines could lead to sexual impotence. Another dubbed him a health nut. At 5 foot, 6 inches and 150 pounds, sporting huge biceps, a one-piece jumpsuit and tiny ballet slippers, he certainly looked the part.

Jack LaLanne was born in 1914 in San Francisco, California, to French immigrant parents. Despite his father dying of a heart attack because of poor health habits, his mother spoiled Jack with cakes, pies, candy and ice cream. By his early teens, he was sickly, addicted to sugar and suffering from severe headaches and depression.

A neighbor suggested to Jack’s mother that she take him to a lecture on the importance of good food given by nutrition pioneer Paul Bragg. When they arrived late to the presentation there were no seats available, so they started to leave. Bragg stopped the program and had the ushers place two chairs on the stage near him.

Jack took what Bragg said to heart. That night he got on his knees and asked God to give him the strength to stop eating junk food. The following week, he quit eating junk food, became a vegetarian and persuaded his mother to let him join the YMCA. Within a month, his headaches and stomach problems went away. He never ate dessert or drank coffee or tea again. When at school, Jack took his lunch to the football field rather than the cafeteria because classmates laughed at the fruits, raw vegetables and nuts he brought each day.

Jack bought a copy of Gray’s Anatomy medical textbook. He learned all the muscles, bones and tendons. Soon he was preaching the benefits of regular exercise and good nutrition to anyone who would listen. In 1936, at age 21, Jack opened America’s first fitness gym in Oakland, California. That same year he invented the first arm and leg weight machines.

In 1951, Jack began a daily morning TV program on a San Francisco station and the media ridiculing began, but nothing could diminish his optimism and enthusiasm. He was an apostle for nutrition and fitness. Jack started each exercise program with “Get off your seat and on your feet.” He encouraged viewers not to neglect exercise, believing it would help them grow stronger and live longer. His show was so popular with women and seniors that it went national.

Jack performed stunts to get people to accept his seemingly radical ideas about health and fitness. On his 40th birthday, he swam the length of the Golden Gate Bridge underwater with two scuba tanks. Two years later, he set the world record for pushups by doing 1,033 in 23 minutes. When he was 45, he did 1,000 jumping jacks and 1,000 pull-ups in 82 minutes. At age 60, he swam through swift San Francisco Bay currents from Alcatraz Prison to Fisherman’s wharf wearing handcuffs and towing a 1,000-pound sailboat.

On his 70th birthday, LaLanne swam a mile along the Pacific coast wearing handcuffs and towing 70 small rowboats – a feat that is hard to believe, except for the pictures.

The Jack LaLanne Show ran from 1951 to 1985 and at 34 years was the longest-running television exercise program in history. Beginning in 1930, Jack never missed a workout. He awoke each morning at 4 a.m. and completed an hour of weightlifting and strength training, followed by one hour of swimming or running. He ate two meals each day – a late breakfast and early dinner.

Jack Lalanne maintained his daily routine for more than 75 years, until his death in 2011 at age 96. The man who was ridiculed for years for being a crackpot inspired millions of people around the world to live healthier lives.

“People thought I was a charlatan and a nut, but I never regretted my lifestyle change. It’s why I was put on this earth to help people get healthier.”           Jack LaLanne