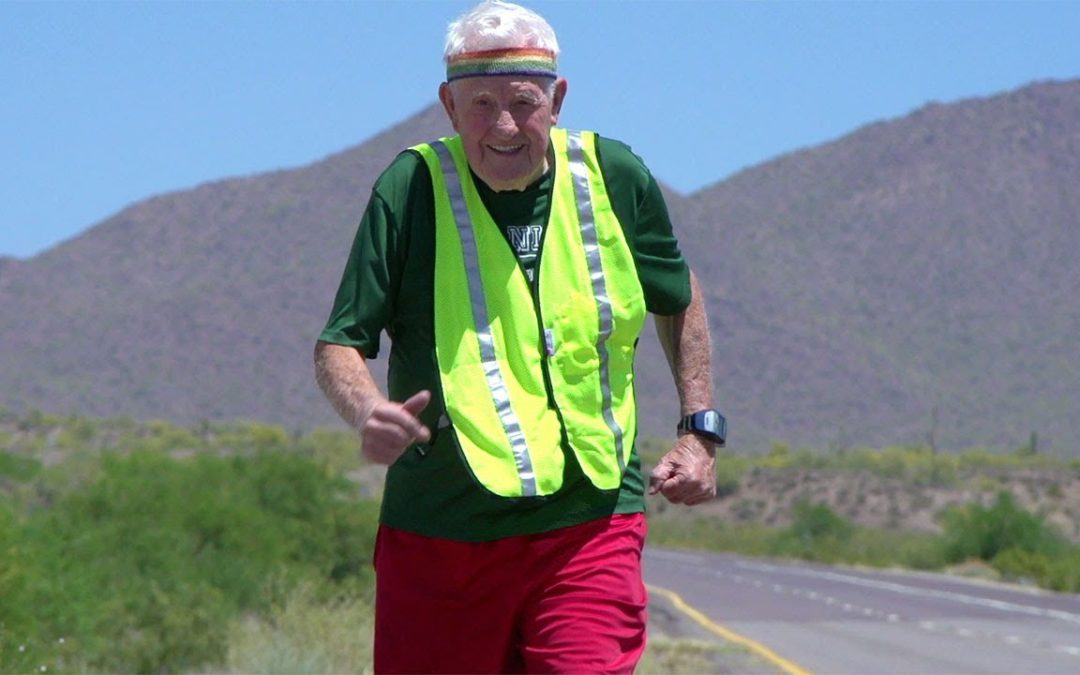 In 2000, the World War II veterans group to which Ernie Andrus belonged decided to tackle the restoration of a WWII LST ship. Andrus’ interest in the project was piqued by the fact that for 18 months he had served as a medic aboard such a vessel in the South Pacific. U.S. President Dwight Eisenhower and British Prime Minister Winston Churchill both credited the LST (Landing Ship Tank) with winning the war. These specially designed ships could carry troops, artillery, tanks, and supplies right on to the beaches of Europe and the South Pacific for quick strikes. The veterans group discovered that the last one of the 1,051 LST’s built during the war, the LST 325, was grounded and in disrepair in Greece.

Twenty-eight veteran sailors, average age of 72, including Andrus age 77, spent six months in Greece getting the ship operational. On January 10, 2001, after 42 days at sea, they brought the ship to Mobile, Alabama. Their plan was to raise $10 million dollars to restore the vessel, which had been part of the D-Day Invasion, and return it to Normandy, France, by June 6, 2014, the 70th anniversary of D-Day. Fund raising proved more difficult than expected and they missed their goal.

Meanwhile in 2012, 89-year-old Andrus, who had out-lived three wives, was looking for a way to raise money for the project when he read that the oldest man to run across America was 73-year-old Paul Reese in 1990. Thinking he might beat that record by as much as 20 years, Andrus began making plans to sell his house, buy a small motorhome and begin his cross country run. Thoughts from family and friends ranged from “just the ludicrous dream of an old man” to “the old geezer has dementia.”

On October 7, 2013, Ernie Andrus, age 90, dipped his toe in the Pacific Ocean in San Diego and set out to become the oldest man to run across America. His goal was to run three days a week, for a total of 12 to 25 miles a week, and reach the Atlantic Ocean at St. Simons Island, Georgia, by his 93rd birthday. Andrus’ method was to find a location to park his motor home for a few weeks, run about six miles and hitchhike back to the motorhome – then he would drive the Dodge Dart he towed behind the motor home to the next runs’ starting point and repeat the process.

Averaging 18 miles per week, Andrus reached the New Mexico -Texas border in the late summer of 2014, and people began to take him seriously. Increased news coverage of “A modern-day Forrest Gump” brought out other runners and supporters, some who accompanied Andrus for weeks at a time – driving him out and back for his runs, and providing food, friendship, and encouragement.

In the last 2,000 miles of the journey, Andrus rarely ran alone. It became common for people to hear about his run across America and stand along streets and cheer when he ran by, or meet him on the road and give him money. In Seminole, Texas, 300 children stood outside their school holding American flags and chanting “USA, USA,” when he passed. On the 71st D-Day anniversary on June 7, 2015, 50 runners wearing red, white and blue and carrying flags joined Andrus for his run. On the days that he wasn’t running, he spent his time responding to his Facebook page, maxed out at 5,000 friends, and answering hundreds of emails.

In early August 2016, the crowds grew as Andrus crossed Georgia on U.S. Highway 84. Runners and friends he had made along the way began to arrive anticipating the conclusion of the historic run. On August 4, Andrus posted on his Facebook page, “Having so much fun, hate to see it end.” On Saturday morning, August 20th, one day after his 93rd birthday, with bands playing and hundreds of people following behind him, Ernie Andrus reached the Coast Guard Station at St. Simons Island and dipped his toe in the Atlantic Ocean. Three years and 2,640 miles after he began, the old geezer completed his mission.

Andrus received about $48,000 in direct personal donations during his run, and countless other donations were made to the LST Memorial website. Restoration of the LST 325 continues with plans to have the ship in Normandy on the 75th D-Day anniversary in June 2019.

Now that he has finished his trek across America, Andrus has set his sights on a new adventure. The 94-year-old is planning to drive his motor home from California up the Alaskan Highway to visit his daughter in Alaska.