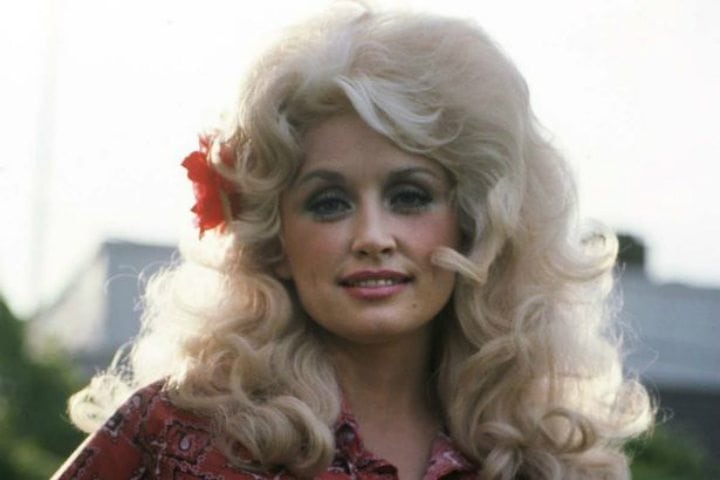 March 1964 – Sevier County High School – Sevierville, Tennessee: She was nervous.  At the school assembly, the seniors had been asked an interesting question, “What are you going to do in your life after high school?” Several students had already stood up when she rose to her feet and said proudly, “I’m going to Nashville to become a big star.” Her classmates laughed. She was mortified.

The fourth of 12 children, Dolly Rebecca Parton was born in January 1946 on Locust Ridge, in the foothills of the Great Smokey Mountains. Her father scratched out a meager living farming a small tobacco patch in rural Appalachia and never learned to read and write. He gave the doctor who delivered Dolly a bag of oatmeal for his pay.

There was no television in the Parton’s small mountain cabin. Instead, an old radio connected them to the world. The highlight of the week for this musical family came on Saturday night when they listened to the Grand Ole Opry radio program broadcast from 200 miles away in Nashville.

Dolly’s grandfather was a Pentecostal preacher, and she grew up singing gospel songs. As a little girl, she would create a microphone by nailing a can to a stick. Then dreaming that she was singing to thousands at the Grand Ole Opry, she would stand on the cabin front porch and sing to the chickens. By age 10, Dolly was singing on a Sunday morning radio show on WIKV in Knoxville.

The day after high school graduation, Dolly packed her suitcase and left on the bus for Nashville. She was going to be a star. Her first success in Nashville was as a songwriter. She signed on with Combine Publishing and with the help and advice of her uncle Bill Owen, an established songwriter, she wrote two Top Ten hits.

At age 19, Dolly signed a contract with Monument Records, but to her disappointment, she was pitched as a pop singer. Monument figured her unique, strong vibrato voice was not suited for country music. It was not until her song Put it Off Until Tomorrow went to No. 6 on the country chart that they changed their minds.

Dolly’s country music career took off in 1967 with the release of her first album Hello I’m Dolly. Shortly after, she became a regular on the Porter Wagner television show as her petite stature, curvaceous figure, and funny personality endeared her to country music fans across America.

Dolly had her first No. 1 country hit with the song Joshua in 1971, followed by two more chart-toppers, Jolene and I Will Always Love You, in 1973. She won the Country Music Award for top female vocalists in 1975 and 1976. In 1977 Dolly won her first Grammy Award with her smash hit Here You Come Again, which reached the top of both the country music and pop charts.

Dolly’s star status continued to grow in the 1980s, way beyond her wildest high school dreams. She made her acting debut in the hit comedy movie 9 to 5 and sang on its soundtrack. In 1986 she opened her own theme park Dollywood in Pigeon Forge, Tennessee, a few miles from where she once sang to the chickens from the front porch.

In 2010 Dolly Parton attended her 46th class reunion at Sevier County High School, which is located at 1200 Dolly Parton Parkway. The senior who proudly shared her dream with her classmates is a member of the Grand Ole Opry and Country Music Halls of Fame. Her organization, Imagination Library, has given away 50 million books to needy children. And today, at age 73, Dolly is still dreaming.

“As long as I can get up and walk, I am going to keep going – writing songs, making music, going on tour, building parks, being creative…I keep thinking big, dreaming big, and praying big. Believe me, you never get too old to dream.”                Dolly Partin