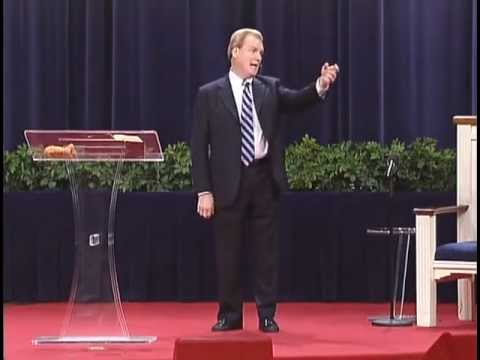 On October 28, 1953, at St. Bernard Hospital in Jonesboro, Arkansas, a baby boy was stillborn. The nurse wrapped his cold, blue body in a blanket and placed it on a table in the corner of the delivery room as she went about cleaning up. Busy with her tasks, she passed by the table and was shocked to see the blanket move. The baby was alive! The baby lived, but his brain had been deprived of oxygen for almost 20 minutes. The baby’s mother named him David because she knew he would face many giants in his life.

David Ring was the youngest of eight children born to Oscar, a Baptist preacher, and his wife, Leron. The oxygen deprivation at birth caused David to have Cerebral Palsy, a condition that severely affects speech and motor skills. Walking and talking were a struggle for him.

When David was ten, his father died. Four years later his mother was diagnosed with cancer. For six months David pleaded with God to let his mother live and was devastated when she died in October 1968. Orphaned at age 15, he was passed from family to family. Depressed and tired of being “the retard,” he dropped out of high school and over the next two years, attempted suicide on multiple occasions.

In 1970, at the low point in his life, 17-year-old David was living in Liberty, Missouri, when a friend invited him to church. He declined. Angry and bitter he wanted nothing to do with a church. However, to the friend’s surprise, David showed up for the service. That night, April 17, 1970, his life radically changed when he realized that God loved him unconditionally, just like he was. He no longer wanted to die and despite the advice of several preachers, he decided to be an evangelist.

David returned to high school and was the talk of the school. His classmates noticed the profound changes in the previously aloof outcast. So apparent were the changes that the principal asked David to share his story at a school assembly. His classmates elected him senior class president and Most Popular. Following graduation in 1971, he attended William Jewell College in Liberty and had even more opportunities to share his story.

After earning a Bachelor of Arts degree in 1976, David became an evangelist, and his biggest obstacle, his struggle to talk, became his greatest asset. People told him, “You can’t be a preacher. You walk funny, and you talk funny. Nobody will listen, and no minister will invite you to speak at their church.” But David saw what others did not see, and he refused to see what others did. During the past 40 years, he has spoken at more than 6,000 churches, schools, conventions, and corporate meetings. People told him he would never marry, but he did. People said he would never father children, but he now has four.

Today, 63-year old David Ring speaks over 200 times a year to an average of 100,000 people. He often begins his talk with, “I have cerebral palsy – what is your problem?” and then shares his story of how God uses broken things in this world. He has written two books about his life, Just as I Am and Ring, which was released in 2014. David says, “One day I will stand before the Lord and ask, ‘Why have you been so good to me?’ ”