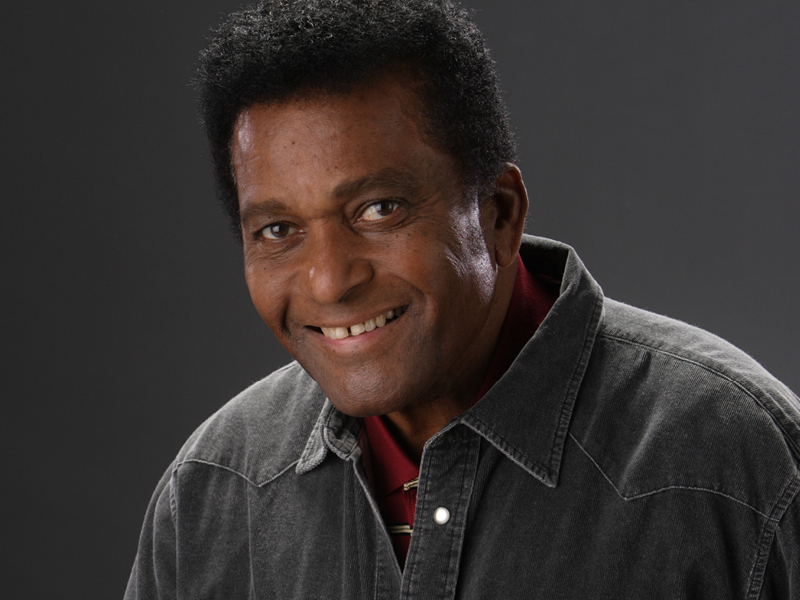 Spring 1961 – Palm Springs, California: At the end of spring training camp the Los Angeles Angels baseball team cut him from the roster. Manager Fred Haney’s feedback was short, to the point, “You don’t have a big league arm.” They gave him a bus ticket back to Mississippi and a tuna fish sandwich brown bag lunch. At age 27, the young pitcher’s baseball dream was over.

Charley Pride was born in Sledge, Mississippi in 1934 – one of 11 children born to poor sharecroppers. He got his first guitar from Sears & Roebuck at age 14 and taught himself to play. Although he loved music, his dream was to be a professional baseball player.

Pride left home at age 16 to join the Memphis Red Sox, a team in the Negro American League, as a pitcher. After playing with the Red Sox, he pitched for the Louisville Clippers before he and a teammate were traded to the Birmingham Black Barons for a team bus. His teammates joked that they were the only two players in history ever to be traded for an old bus.

A hard-throwing pitcher, Pride signed a contract with the New York Yankees to play for their C League team in Boise, Idaho. But after injuring his arm, he was sent down to the D League team at Fond du Lac, Wisconsin. From that point, he pitched for several other minor league teams while holding on to his major league dream.

After being sent home by the Angels, Pride realized major league baseball wasn’t his destiny and decided to pursue music. He had honed his guitar and singing skills, on the back seat of the bus – his assigned seat – during the long rides between minor league towns. He was good. Teammates had encouraged him to give country music a try. There was only one problem, Pride reminded them – there were no African American country singers in Nashville.

With nothing to lose, Pride went to Nashville. In 1965, he caught the ear of guitar legend Chet Atkins who signed him to an RCA record contract. Atkins made sure no pictures were included on Pride’s records that were sent to radio stations across the country. People needed to hear Pride before they saw him.

The first time Charley Pride appeared on stage before an all-white audience, deathly silence greeted him. But when he sang, the barriers went away. His third single went all the way to No. 9 on the country music charts. In 1971 “Kiss an Angel Good Morning” was a million-seller, and six years after arriving in the music city, Pride was voted Country Music Entertainer of the Year.

On May 1, 1993, Charley Pride became the first African-American to become a member of the Grand Ole Opry, and in October 2000, he was honored with the highest country music award when he was inducted into the Country Music Hall of Fame.

Today, at age 85, Charley Pride has recorded 36 number one songs during a 55-year career that is still going strong. His legacy includes 31 gold albums, four platinum albums, and one quadruple platinum seller. One of the best-selling country music artists of all time, he has sold more than 70 million records.

Charley Pride never reached his dream of playing in the big leagues, but in 2010 he bought a team when he became one of the owners of the Texas Rangers. Charley Pride gave up his boyhood dream and discovered his destiny was waiting.