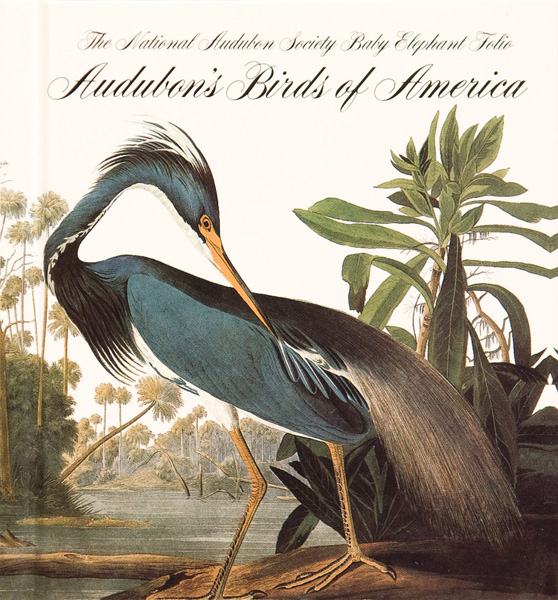 “He who follows the feathered inhabitants of the forest and plains, however rough or tangled the paths may be, seldom fails to obtain the objects of his pursuit – provided he be possessed of due enthusiasm and perseverance.”       John James Audubon

1824 – Mill Grove, Pennsylvania: Returning from a trip to Philadelphia, John James Audubon opened the storage closet of his small art studio and discovered that rats had eaten their way into the boxes where he kept his bird paintings. It was a catastrophe! The rodents had shredded the paintings to build their nests and in doing so had destroyed 200 pieces of his best work.

Audubon was so discouraged and depressed that he stayed in bed for two weeks. After years of roaming through the forests on an ambitious mission to paint all the birds in North America, the 40-year-old artist thought his dream was dead and his life over.

Audubon was the son of a former French naval officer and sugar plantation owner who made his money in the Haiti slave trade. Jean Audubon, a Revolutionary War naval commander, assumed his young son would follow in his footsteps. However, young Audubon was prone to seasickness and failed the naval officer certification test. It was the woods and fields he loved.

In 1803, 18-year-old Audubon immigrated to America to a 284-acre estate his father owned in Mill Grove, Pennsylvania, about 20 miles from Philadelphia. On the plantation, where he lived with a caretaker, he enjoyed hunting and fishing and developed an unusual fascination for birds. He loved walking in the woods and making rough sketches of birds.

In 1805 Audubon married Lucy Bakewell who lived on a nearby farm. The newlyweds moved to Hendersonville, Kentucky, where they opened a general store. When the store went bankrupt in 1819, the couple moved back to Pennsylvania. Audubon decided to dedicate himself to the most unusual hobby of trying to paint all the estimated 700 species of birds in North America.

After the rats destroyed his dream, Audubon whined incessantly to Lucy about quitting his ornithology project. But with Lucy’s encouragement, after a couple weeks he took his gun, gamebag, portfolio and pencils, and headed out to the forests and fields to begin again.

Audubon’s method was to shoot the birds with a light shotgun load, use taxidermy techniques to mount them in natural poses, and then painstakingly paint the birds either in the field or in the small studio on his Mill Grove farm. To support himself, he painted people’s portraits, which he sold for $5 each, while Lucy tutored the children of wealthy plantation families.

In his travels to scout for birds to paint, Audubon journeyed along the Ohio and Mississippi Rivers, from Florida to Nova Scotia, and many places in between.

In 1824, Audubon visited the Academy of Natural Sciences in Philadelphia and asked them to fund his project. The brilliance of his work was unrecognized at the time, and they rejected the request. Some would have quit at this point, but Audubon was undeterred.

Two years later, he took some of his collection and sailed to England where he finally found a publisher willing to tackle the project. By 1827, Audubon had finally raised enough money to publish Birds of America Volume I.

During the next 10 years, Audubon published four volumes of Birds of America. He worked with leading ornithologists to write biographies of all the birds that he painted. Almost 200 years after the publication of Audubon’s collection, the 435 life- size prints of the birds of North America remains the standard by which bird artist are measured.

In 1905, the National Audubon Society was established in honor of John James Audubon. Its mission is to protect and restore bird ecosystems in North America. In 2010, an original Birds of America book, the book that almost wasn’t, was auctioned at the Sotheby Auction House in London for $11.5 million, making it one of the most expensive book ever sold.