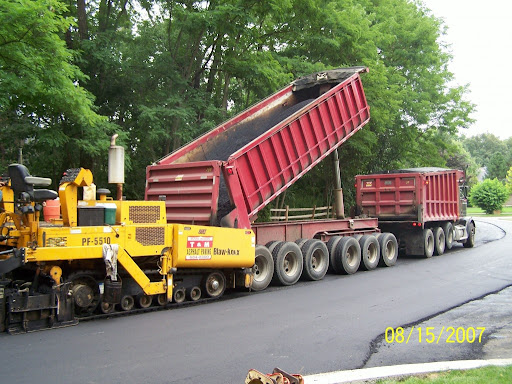 July 1999 – Belleville, Michigan: Tammy and Rusty Stafford had been expecting the letter. The company where Rusty had worked for more than two decades had been sold. Rusty didn’t have a retirement plan, but the big boss, Bob Thompson, had promised that everyone would keep his or her job. And Thompson told the employees they would share in the sales revenue.

Tammy opened the letter. “Russ, I think the commas are in the wrong place,” she tearfully handed the letter to her husband. Rusty stared at the letter for a long time. He was shocked. He looked at Tammy, “Honey, we’re millionaires!”

Born in 1932, Bob Thompson grew up on a small farm without running water or electricity near Jonesville, Michigan. He participated in ROTC, married Ellen and in 1956 they earned education degrees from Bowling Green University. After graduation, Bob was commissioned as a lieutenant in the Air Force. He became a jet fighter pilot and Ellen taught school.

After retiring from the Air Force, Bob taught school for a couple of years then decided to start his own business. Because Bob had worked road construction for his uncle during his college summers, the Thompsons took $3,500 that Ellen had saved from her teaching salary and bought a small paving company. Bob started out with a small contract to pave one road. The first five years were much more challenging than they had imagined. Bob and Ellen refinanced their house on four or five occasions to pay the bills.

Bob was a down-to-earth, no-nonsense, tough and demanding boss. But he was fair, and he listened to his employees. The asphalt business is challenging. In Michigan, money is made in the warmer months before the harsh winter begins. Road construction life consists of 16-hour days in the hot sun working with 300-degree asphalt, six days a week.

The Thompsons lived in the same small three-bedroom ranch house in Belleville for more than 40 years. They didn’t belong to a country club. Bob’s boat was a canoe he inherited from his father and Ellen did her own housework.

Bob Thompson never forgot his humble beginnings. And he never forgot the loyalty, sweat and hard work of the employees who made him a rich man. For years, Bob and Ellen planned to reward employees when they sold the company. In 1999, 67-year-old Bob sold Thompson-McCully Paving, Michigan’s largest asphalt and paving business, for $420 million. After paying the taxes, he shared $128 million of the profit with his 550 employees.

Bob shared the profits with supervisors, salesmen, secretaries, the guys applying hot asphalt and those flagging traffic. The checks even went to some retired and deceased employees widows. Most of his supervisors, who had no retirement plan, received between one and two million dollars depending on years of service. Those with 401k retirement plans were given $2,000 for each year of service. About 90 employees became millionaires.

After Bob sent out the checks, he skipped the office for a few days. It was too emotional. He told employees there was no need to call or come by to thank him. He suggested that they write him a letter if they wanted, and more than 500 did.

A letter from Cheryl Angel, a 48-year-old manager for the company, read, “Bob, you will never be forgotten. There will not be a day that I don’t thank God for you.” Another long-time employee wrote, “It is the stuff children’s fairy tales are made of. You have changed our lives and handed us a future that we have never dreamed of.”

Over the years, the Bob and Ellen Thompson Foundation built nine charter schools in Detroit. The foundation established thousands of scholarships, including 1000 scholarships for inner city children, 500 to a community college in Livonia, Michigan, 100 engineering scholarships at Michigan Tech University, as well as numerous scholarships at their alma mater in Bowling Green, Kentucky.

“I shall pass through this world but once. Any good therefore that I can do or any kindness that I can show to any human being, let me do it now. Let me not defer nor neglect it, for I shall not pass this way again.”             Stephen Grellet