by peteblack4ua@gmail.com | Jul 15, 2019 | Against the Odds, Determination Despite the Odds, Never Give Up | 2 comments 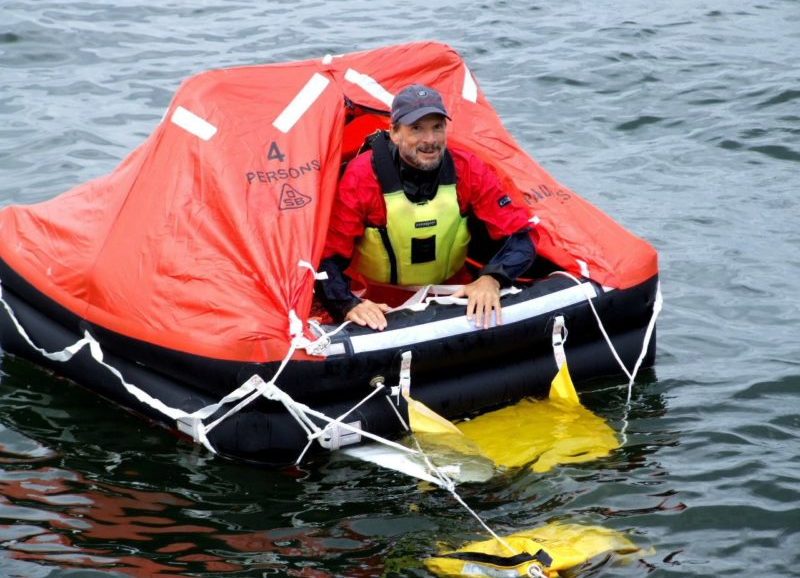 April 1, 1982 – Boston, Massachusetts: The phone call, the one the family had dreaded, came late afternoon. The U.S. Coast Guard called to inform the parents of Steven Callahan that the search in the North Atlantic Ocean for their son’s missing sailboat had been canceled. The Callahan’s begged the Coast Guard to continue the search, but to no avail. The family knew that the chances of survival were virtually zero, however they refused to give up hope.

That same day, 30-year-old Steven Callahan continued to drift westward across the Atlantic in a small raft. It had been 56 days since his sailboat sunk. Only a handful of people in history had survived this long while lost at sea.

From the time Steven Callahan was 12, he dreamed of sailing solo across the Atlantic Ocean. In 1981, he built a 21-foot sailboat, Napoleon Solo, and sailed it from Rhode Island to Bermuda to England. On January 29, 1982, Steven began the return crossing from the Canary Islands to Antigua in the West Indies.

During a storm on the night of February 4, Steven was jolted out of sleep by a terrific crash. A whale had damaged his boat. As water flooded into the cabin, he inflated the nylon raft. Steven was able to salvage an emergency kit containing about two weeks of food, a few flares, a spear gun and a solar still for making drinking water. He figured if he could survive for three months, he might reach Antigua or Guadeloupe by late April – it was his only hope.

Following the Coast Guard phone call, Steven’s family vowed to continue the search. Steven’s father, who had flown search and rescue missions in the military, knew the Atlantic intimately. He assumed that Steven capsized during the storm on February 4. He plotted two probable drift patterns for the raft using two possible sailing routes Steven would have taken. One of the two possible positions he calculated was within 100 miles of Steven’s position.

After Steven’s food supply ran out, his diet consisted of the occasional triggerfish or dolphin he could spear. Clumps of Sargasso weed containing tiny shrimp, fish and crabs also provided food. Although he was slowly starving, the worst part of the ordeal was that the solar still could only produce 16-18 ounces of drinking water each day. Steven drifted on an endless ocean and constantly dreamed of food, water and home.

Steven often thought about suicide. He was tempted to quit fighting for survival. It would be so easy to give up – he could drink salt water and die of a swollen tongue from thirst, or fall overboard and be eaten by sharks. But he refused to let go of the hope that land was just over the horizon.

On April 6, Steven spotted ship No. 7 on the horizon, just a couple of miles away. His hope soared. He shot one of his three remaining flares into the air but got no response. His body cried “quit,” but his spirit said “no.” His back, his butt and his legs were now scabbed over with large salt-water boils from the constant rubbing against the raft.

Two weeks later, day 76 in the raft, three fishermen noticed birds circling and discovered a small raft bobbing in the ocean a few miles off the coast of Guadeloupe. To their astonishment, they found an emaciated 110-pound Steven Callahan, still clinging to hope, having drifted 1,800 miles across the Atlantic Ocean.

Now more than 30 years later, Steven Callahan is an editor for two sailing magazines, designs sailboats, and sails every chance that he gets. “To this day I feel my experience has given me a strange kind of wealth, the most important kind. I value each moment, says the veteran sailor. “I don’t regret my 76 days alone in the raft.”