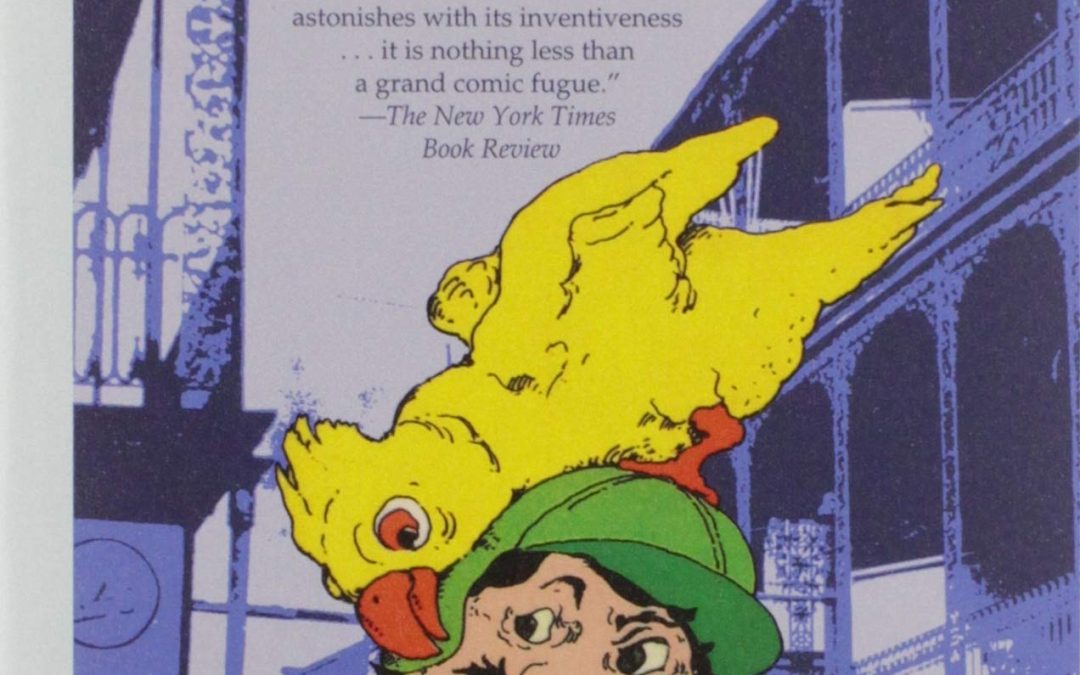 March 26, 1969 – New Orleans, Louisiana: Ken Toole, a 31-year-old English professor, parked his blue Chevrolet Chevelle on a rural road outside Biloxi, Mississippi. He attached a garden hose to the exhaust pipe and placed the other end in the rear window. The car eventually ran out of gas. A few hours later, Thelma Toole got the call no mother ever wants to get – her son was gone.

John Kennedy Toole grew up in New Orleans, not far from the French Quarter. As a young boy he was intrigued by the city’s many eccentric and colorful characters. In his early teens, he began keeping a notebook of their descriptions. Maybe one day he would write a book.

Toole received an academic scholarship to Tulane University where he majored in English. After graduating with honors, he enrolled at Columbia University in New York City to work on a master’s in English while teaching at Hunter College.

In 1963, Toole was drafted into the Army. While stationed in Puerto Rico, he began working on his New Orleans novel A Confederacy of Dunces. After being discharged, Toole finished the book while living with his parents and teaching English at Dominican College, an all-girls Catholic college in New Orleans.

Toole was convinced that his book was a masterpiece. After many rejections, Simon & Schuster in New York finally agreed to review the manuscript. For two long years, Toole worked with Robert Gottlieb, a senior editor at the publisher making edits to the book. “You are a literary talent, your book is wonderful, but it has no reason,” Gottlieb complained. “It is pointless.” He suggested that Toole cut out what Toole believed were some of the better parts of the book and tighten the manuscript.

In February 1965, Toole made an unexpected visit to see Gottlieb in New York but discovered that the editor was out of town. Embarrassed and frustrated, Toole gave up on his masterpiece. He put it on top of the armoire in his bedroom. During the next three years, he became increasingly depressed and angry. He gained weight and drank too much. Dominican College received complaints about the once-beloved professor’s classroom behavior.

Thelma Toole was ashamed and heartbroken about Ken’s death. Her life had revolved around her only son. The ink-smeared manuscript remained in a box on top of the cedar armoire for three years. In 1972, Thelma read the manuscript and began submitting it for publication. She received many rejections. Frustrated but unwilling to give up, she decided to take the book to Dr. Walker Percy, an author and English professor at Loyola University in New Orleans.

Thelma repeatedly called Dr. Percy and twice tried to see him in his office. On the third try, she burst into his office unannounced. “It’s a great book, Dr. Percy. Please read it!” She dropped the voluminous ink-smeared manuscript on his desk. Walker responded, “You are his mother. You are prejudiced.” Thelma responded, “Yes, I am, but I have read good literature. I would go against the most distinguished publishers in the world and tell them this is a masterpiece. Please read it!”

Percy later recounted, “I hoped to read a few pages of the voluminous manuscript and that it would be bad enough that I would read no further. I read a few pages, and it was good. I read on and on and on with an increased interest and growing excitement. Surely it was not possible that this book was so good.” Percy sent Thelma a postcard a week later. “The book is the most flavorful rendition of New Orleans I ever read.” He agreed to try to publish it.

In 1980, more than 11 years after Ken Toole’s suicide, A Confederacy of Dunces was finally published by the LSU Press. A year later, the book won the Pulitzer Prize for fiction. Today, it remains one of the iconic works in Southern comic literature. The book has sold more than two million copies in two dozen languages. Although Ken Toole never got to see his masterpiece in print, the love and tenacity of his mother ensured that the world got to experience his brilliance.