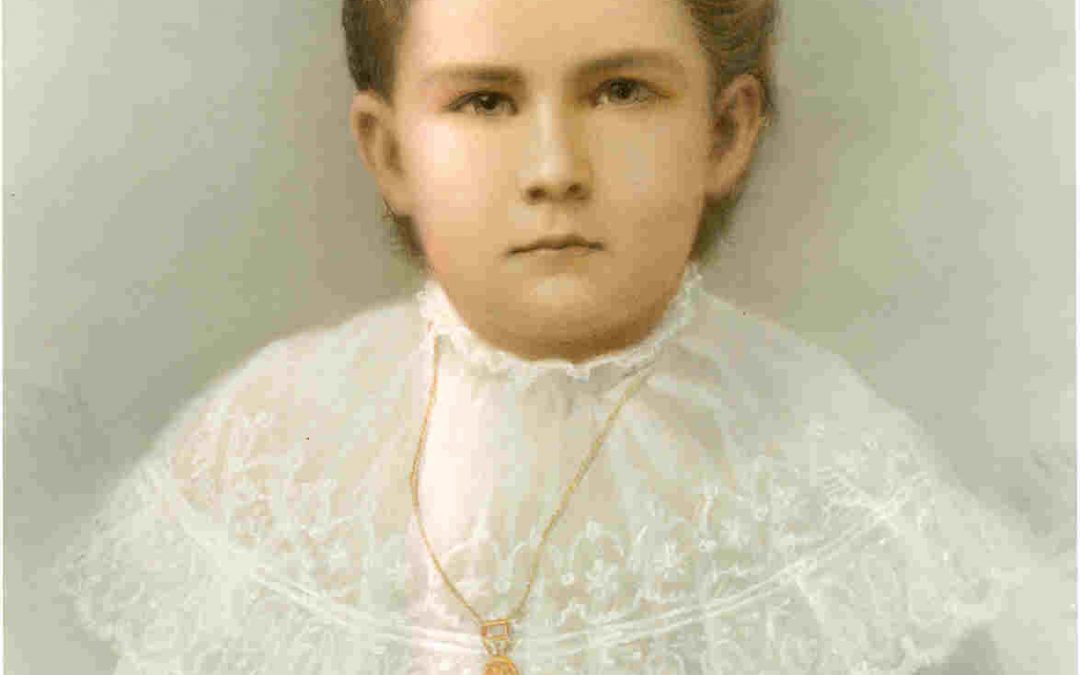 1887 – Grace Baptist Church, Philadelphia, Pennsylvania: On a Sunday morning, the shabbily dressed little girl caught Pastor Russell Conwell’s eye as he hurried into the small church. Unsure what to do and with tears in her eyes, she stood by herself in the yard outside the Sunday school room.

Conwell stopped. “Honey, what’s your name? Can I help you?” He learned that Hattie Mae Wiat lived down the street from the church and that she had been turned away from the Sunday school class because the room was full. The pastor picked up Hattie Mae and promised her that the church would build a larger room so all the children could attend.  Then he took her to the classroom and found a seat for her. Russell Conwell soon forgot about the young child.

In the spring of 1888, 6-year-old Hattie Mae died during a diphtheria epidemic. Because Pastor Conwell had befriended her young child, Mrs. Wiat asked him to preach the funeral at Grace Baptist. After the funeral, Mrs. Wiat gave Hattie Mae’s purse to the pastor. Inside he found 57 cents and a scribbled note, “God, this is for a bigger church so all the children can go.” Hattie Mae had saved her money from doing errands and chores to build a bigger church.

Pastor Conwell decided to honor his promise. Hattie Mae was right. Grace Baptist needed a larger church and Sunday school. For months, because of the large crowds, the church had asked members to obtain passes weeks in advance in order to attend services. A few weeks later, Conwell shared Hattie Mae’s story with the deacon board, then with his congregation.

An idea was born. The Wiat Mite Society benevolent fund was created. The church sold each of the 57 pennies to members, which raised more than $250. Then those pennies were in turn sold. The money was used to purchase an adjacent house for a larger Sunday school room. Then Grace Baptist purchased a large corner lot on Berks Street across from the church to build a larger facility. The new church, constructed in 1891, was named the Temple Baptist Church.

The following year, the church founded Samaritan Hospital. This 20-bed facility provided free care for those unable to afford the cost. In 1894, out of his concern for the plight of working-class citizens, Pastor Conwell began tutoring adults at the church in the Wiat Sunday school house at night. A few years later, the Sunday school house whose fundraising started with Hattie Mae’s offering was sold to purchase a larger facility due to the ever-increasing crowds. The Wiat Mite Society provided instructors, equipment and materials for the school that would later become Temple College with Conwell as its first president.

Over the next three decades, under Russell Conwell’s charismatic leadership, Temple Baptist Church grew to be one of the largest churches in the country with more than 15,000 members. The Yale University-educated Conwell remained the pastor at Temple Baptist Church and president of Temple College until his death in 1925. After his death, the church remained prominent in north Philadelphia. Over the years, Franklin D. Roosevelt, Helen Keller and Martin Luther King Jr. spoke from that pulpit.

And it all began with a little girl’s 57 cents. More than 130 years later, Hattie Mae Wiat’s generosity still speaks.